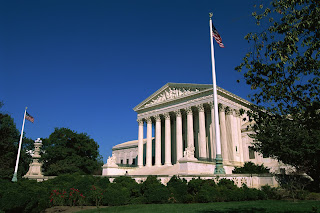 I know this has nothing to do with technology, but I think it is pretty cool. Andrew Simpson is a sole practitioner in the U.S. Virgin Islands. He was handling a messy case between a mother and her son. Some complicated Federal jurisdiction questions came into play, and the case made its way all the way to the U.S. Supreme Court.

At The Court Mr. Simpson didn't just prevail, he secured a unanimous 9-0 decision for his client! How cool is that. And he didn't just waltz into court with no opposition. His adversaries were represented by D.C. powerhouse firm Hogan Lovells.

Please visit my friends over at Above The Law for more info. You can also visit the SCOTUSblog for the history of the case. Please visit hardinglaw.com for more information about Harding & Associates Family Law

Email ThisBlogThis!Share to TwitterShare to FacebookShare to Pinterest
Labels: Misc

Alexa in the law office is a Bad idea. One of my favorites shows to watch on television as a kid was Hogan's Heros. My how it amused me as time and again the misfit prisoners befuddled the hapless Nazis. One of my favorite bits was when Hogan and the boys would gather round the coffee pot that they had transformed into a receiver, to listen in on the bug they had placed in Colonel Klink's office. The intel gathered from that bug -- at least by Hollywood standards -- doomed the war for the Germans.

Guess what? If you have an Amazon Echo (commonly referred to as Alexa) in your law office, you are as vulnerable as Colonel Klink, and possibility violating your duty of attorney-client privilege to your clients. 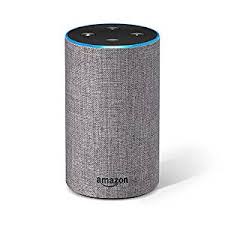 Alexa is a powerful electronic device (along with its Google cousin Google Home, and others in the commerce pipe....). It is on all the time. It is listening all the time. It is processing all the time. No my dear friend it is not just on when you say the prompt word "alexa"). It must be on and listening at all times to hear that alexa prompt, and then rise to its next level of response. Once that magic word is spoken, Alexa really turns on the hearing. And she does not always stop. I have found that with my Echo (which is not in my law office) I have to frequently tell her "alexa off" or "alexa stop" to make that blue listening ring go off. While Amazon has never said as much, rumors are that all the sounds going in to every Alexa device world-wide are stored digitally on Amazon's servers. Giving a third party an invitation to record the privileged conversations occurring in your law office should give you pause to think about your possible breach of your attorney-client privilege. Consider this: audio recordings collected by an Alexa device have already been used as evidence in a murder case. They are hearing a lot!

Appreciate also that Alexa runs over your wi-fi network. If there are security breaches in your wi-fi, those vulnerabilities extend to Alexa. I remember watching a demonstration on television once by a hacker who was able to breach a wi-fi network, and then sit there while his computer acted as a mirroring screen for the computer that he had hacked. The same could easily enough happen with Alexa. If breached, she could become the bug in Colonel Klink's office, providing a stereo broadcast of everything said in your law office.

The device itself is also vulnerable. Last week the Amazon network went down so that Alexa devices could not talk back to their owners. They were still listening mind you and recording, but you would have never known it because she could not respond to what she heard and that blue recording circle was not illuminating. As more Alexa devices proliferate, you can be sure that hackers will accept the challenge and find ways to break-in. 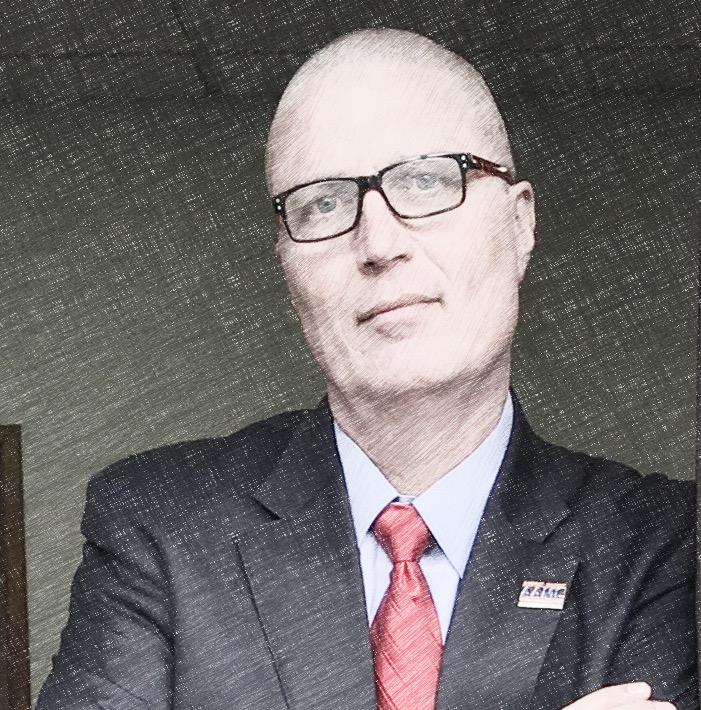